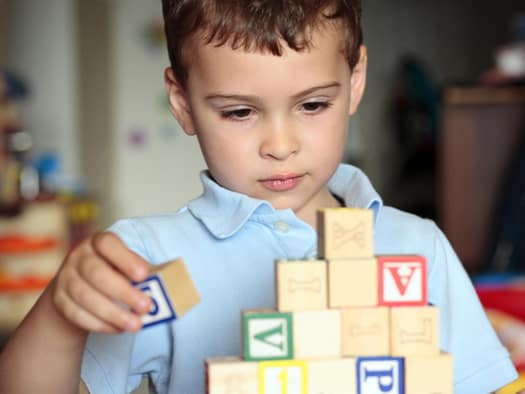 1 in 68 children are born with autism. To be exact, that is broken down into 1 in 42 boys and 1 in 189 girls, effecting over 2 million people in the United States and tens of millions around the world. Autism seems to be on a rapid increase in prevalence, explained by either increases causes, detailed below, or better diagnostic skills on part of the professionals. The two main issues which autistic clients face are that of social interaction issues and repetitive patterns of behaviors. Autism is a genetic and neurological disorder.

Autism can be diagnosed as early as around two years of age and as late as during adulthood. The diagnosis is made based on the client’s behavior as well as his or her developmental history. A child is often diagnosed as anxious, anti-social, having separation anxiety or Attention Deficit Hyperactive Disorder (ADHD) before the autism presence comes to light. These conditions often present comorbid with the autism and it has been shown that they are actually caused by the autism in many cases.

The condition is defined by:

The diagnosis also requires a specification of with or without accompanying intellectual impairment, language impairment or any known medical or genetic condition or environmental factor.

The median age of first diagnosis by subtype is as follows:

Studies have shown that parents of children with ASD notice a developmental problem before their child’s first birthday. Concerns about vision and hearing were more often reported in the first year, and differences in social, communication, and fine motor skills were evident from 6 months of age.

Scientists don’t know the exact causes of ASD, but research suggests that roles are played by:

Risk factors have been identified as:

About 20% of children with ASD also have genetic conditions including:

The results of family and twin studies suggest that genetic factors play a role in the etiology of autism and other pervasive developmental disorders. Studies have consistently found that the having one autistic child in the family indicated a risk for other children to be diagnosed at a rate that was 15 to 30 times greater than the rate in the general population. In addition, research suggests that there is a much higher risk of presence in monozygotic twins compared to dizygotic twins. Some prenatal and perinatal complications have been indicated as possible risk factors for autism. These risk factors include:

Neurologists have indicated that brain enlargement in certain regions and reduction in others has been found to be consistent in autistic patients. The enlarged areas explain the intelligence often found in ASD people as well as the social challenges which correspond to the reduction areas of the brain.

Deficits include issues in the:

These findings line up well with corresponding emotional and engagement challenges that are ASD trademarks.

When ASD patients are given facial emotion response tasks, their brains exhibit less activation in the primary and secondary somatosensory cortices of the brain compared to the non-ASD brain. One of the largest issues that ASD individuals face is that of showing empathy and understanding for others. The mirror neuron area of their brains, the inferior frontal gyrus, is simply not developed and this is where the issues lie.

Another area of deficit relates to the temporal lobe, the area in the brain that:

ASD patients often have severe deficits in this area and in multiple studies, their brains has a markedly lower activation when exposed to stimuli, compared to the control group.

The two most controversial causes of autism have been proven wrong but should be mentioned. They are parental mistreatment and vaccination. Dr. Leo Kanner, the psychiatrist who first described autism in 1943, believed that ASD was brought on by cold, unloving mothers. Dr. Bruno Bettelheim, a famous child development researcher, perpetuated this accusation in his work. This view created generations of guilt bearing parents who not only had to deal with the challenges of ASD, but also blamed themselves for the problems. In the 1960s and 70s, Dr. Bernard Rimland, himself a father of an autistic son, founded the Autism Society of America and the Autism Research Institute. He showed empirically that this hypothesis had no basis and he set the record straight. The damage had been done and even today many parents blame themselves for their children’s challenges.

Perhaps the most controversial claim regarding autism etiology was the vaccine accusation. This suggestion, based on dishonest research practices, suggested that autism results from brain damage caused by the measles, mumps, rubella vaccine, or thimerosal, a preservative found in vaccines. No convincing scientific evidence supports these claims, and further evidence only refutes them, including the fact that the rate of autism continues to climb despite elimination of thimerosal from routine childhood vaccines.  In fact, the MMR vaccine never contained thimerosal and autism is found in almost identical rates in other countries where MMR is not administered.

A number of significant clinical issues have been identified in relation to autism and its impact on family life. Couples who have one or more autistic children report lower satisfaction and higher divorce rates. The vulnerability-stress-adaptation model explains why this is so. Couples have many difficulties raising and providing for the often extreme needs of autistic children which prevents them from dealing with their personal issues and also leaves them with much stress that only exacerbates the other marital issues. It is for this reason that couples and family therapy are often important aspects of dealing with an ASD child.

It is specifically these secondary co-morbid issues that therapy focuses on managing.

Evidence Based Treatment With Psychotherapy and Psychopharmacology

It is important to define what is being treated. There are direct symptoms of the autism as well as a comorbidity of other issues. Medical treatment for the autism directly is not available as there is no cure, however, scientist hope to develop a cure by studying brains of developing fetuses and the clues which they reveal. Medical treatment is available for the accompanying issues including anxiety, depression and ADHD.

All other treatments for autism are:

Applied Behavior Analysis (ABA) is one of the most popular behavioral interventions used to help autistic individuals. Developed in the early 1960s, the modality, which is difficult to learn, but very powerful once mastered, helps children play, socialize, focus on self-care, academic performance and trouble shoot to avoid and solve the most common school and home challenges which ASD clients face. ABA has been shown to greatly  enhance clients’ cognitive language development skills. ABA revolves around the research of B. F. Skinner and behavioral training. The basic premise is that in order to compensate for a lack of social learning ability that ASD patients have, a focus on repetitive reframing and education will help the client practice and master a framework in how to interact with him or herself and the world around them. This modality has greatly assisted in establishing a consistent and stable nighttime and sleep regiment, something that autistic children often struggle with.

Other recommendation for parents is to:

As far as medical interventions, a doctor may recommend that a person with ASD cope with symptoms of:

About 1 in 5 children on the autism spectrum also has ADHD and 30% struggle with an anxiety disorder including social phobia, panic disorder, separation anxiety and phobias. The classical symptoms of ADHD include chronic problems with inattention, impulsivity and hyperactivity. For this reason, it is important that evaluation be made by someone with expertise in both ASD and co-morbid issues. A recent study found that only 1 in 10 children with ASD and ADHD were receiving medication to treat the ADHD issues.

Another issue that comes along with ASD is often speech and sensory issues. Many ASD individuals are highly upset by noises, touch or sensory overload. It is for this reason that a multi-disciplinary approach is often called for when working with ASD clients. Some ASD clients have selective mutism (SM) or limited speaking skills. Speech therapists will assess learning disabilities, inhibitions and teach skills of proper communication to the client. Sometimes this is done The speech language pathologist can provide therapy one-on-one, groups and sometimes recommend social skills training.

Occupational therapy (OT) is used to address physical and motor skills. Children are taught how to play, share and how to deal with their environment. Various skills trainings are used including teaching skills of independent dressing, feeding, defecation and urination, brushing teeth and keeping balance when walking. Additionally, sensory integration therapy helps ASD children deal with outside stimuli and regulate their reactions.

A treatment plan will often be used by the client’s primary therapist and will include all areas of focus spanning:

ASD children and adults can live happy, healthy and productive lives. In fact, some authors suggest that ASD and Asperger’s have helped many actors, writers, politicians and business men and women become great. Here is a list of some of those with ASD.

Although autism is not known to be preventable or curable, it certainly can be dealt with. An early diagnosis leads to accommodations that can best help the client shine personally and academically. The treatment includes medication, if relevant, and psychotherapy focused on social skills, emotional intelligence and daily functioning skills.

Joseph Tropper, MS, LCPC, is a licensed clinical therapist and the Director of Operations at RCC.

Learn more about him HERE; Schedule a consultation HERE